Hello again everyone,
The week has flown by, it only seems like yesterday when I was composing last week’s message concerning house martins and the importance of reminiscing (every once in a while) to support positive thinking and renew hopes for the future.
This week, I want to start by talking to you about snails! Yes, I know…snails. My children and I have been discovering an awful lot of snail shells in our back garden recently. Sadly, it’s just the shells themselves that are left, without the actual snails inside. Why no snail inside? Well, the truth is that a bird has come along and taken it for an early breakfast. Snails cannot live outside of their shells, so this is the only reason they are missing, a bird has eaten it (Hermit crabs seek out sea shells to fit their bodies inside and will substitute it for other shells or beach debris as it grows).
Now, although this is sad news for the snail, this wonderful creature plays a really important role in the workings of nature. Have you heard of food chains and the vital link garden snails play in this food cycle? Have a look at the diagram below. 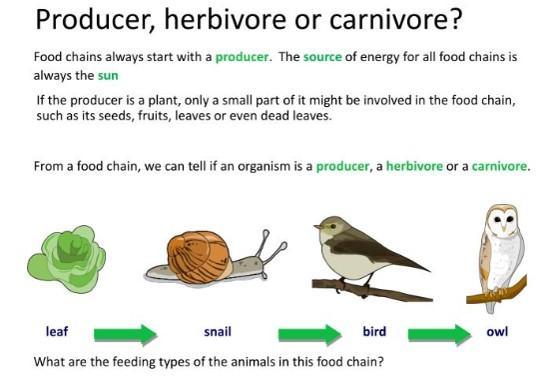 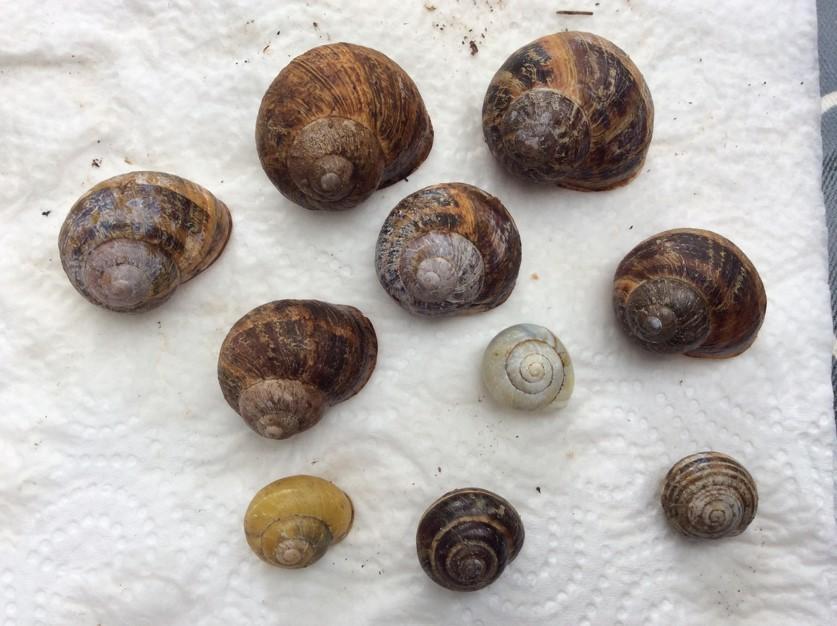 The majority of snails are also very good for the soil and garden, contrary to common belief, because their poo makes a nitrogen-rich, mineral-laden fertilizer that enhances plant growth.

Here are some other fascinating garden snail facts:

·Most snails live from 2 to 5 years, but in captivity, some have exceeded 10 or 15 years of age.
·The size of a snail’s shell reflects its age.
·Usually, land snails hatch from eggs.
·The mucus of the garden snail is used to treat wrinkles, spots, and scars on the skin.
·Garden snails can see but they can’t hear.
·The average speed of a garden snail is around 1centimetre per second. So it could travel the length of two rulers in one minute. If they moved without stopping, it would take them two weeks to complete one mile. So it would take a garden snail 5 months to get from Winchester to Andover (in a straight line!). In my car it takes 20 minutes! The snail is one of the slowest moving creatures on the Earth! However, slow and steady wins the race.
·

For some of us, time seems to be travelling at a snail’s pace but that’s ok too. We all know the story of the tortoise and the hare, don’t we? All too often we are seen haring around, trying to do a thousand things at once and in some ways the challenges we have faced over the last 3 or 4 months have taught us to slow down a-bit, spending time considering what is really important to us, noticing things that in the busyness of life before lockdown, we may have ignored or passed by.

In the Sermon on the Mount, the Bible tells us that Jesus said ‘Look at the birds of the air … and, consider the lilies’, when charging through life. He wanted people to pause and notice their beauty and also notice how they live in harmony with one another and have need for nothing else. In the same way, Jesus doesn’t want us to become overly anxious and worried about (tomorrow) the future but to focus on life one day at a time and trust in him for support and guidance.

This week, I’m going to try and occasionally slow down a-bit, pick a time to travel at a snail’s pace (slow and steady) and take in what’s around me (friends, family, the natural world), and be thankful for such things.

Challenge 1 (wash hands before, during and after): Find your own collection of empty snail shells and have a go at drawing, colouring or painting them. You can (making doubly sure they are empty) let them dry out in the sun for a few days and then use oil paints to decorate them, designing your own snail shells!

Challenge 2:  Create your own food chain diagram from places like woodland, the sea or rivers and ponds!

Challenge 3: Retell the story of the tortoise and the hare. You could create a mini-play, write a comic strip (with pictures and speech/thought bubbles), or create a diary entry, telling it from one of the character’s point of view or design a newspaper headline and report or think of new ‘slow’ and ‘fast’ characters – ‘The Snail and the Cheetah!’ for example and write your own version of the tale.

Challenge 4: Work out how long it would take a snail to travel from your own chosen A to B distance. Remember, it can travel 1cm in 1 second and a mile in two weeks (14 days)!

Challenge 5: Watch Episode 1 of this years ‘Springwatch’ on BBCi Player, well worth a look! 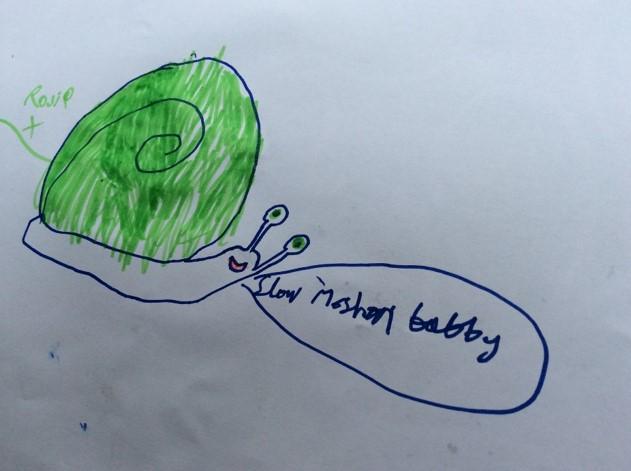 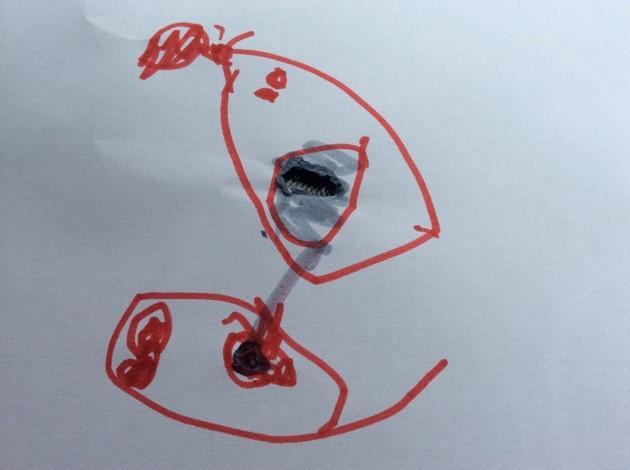 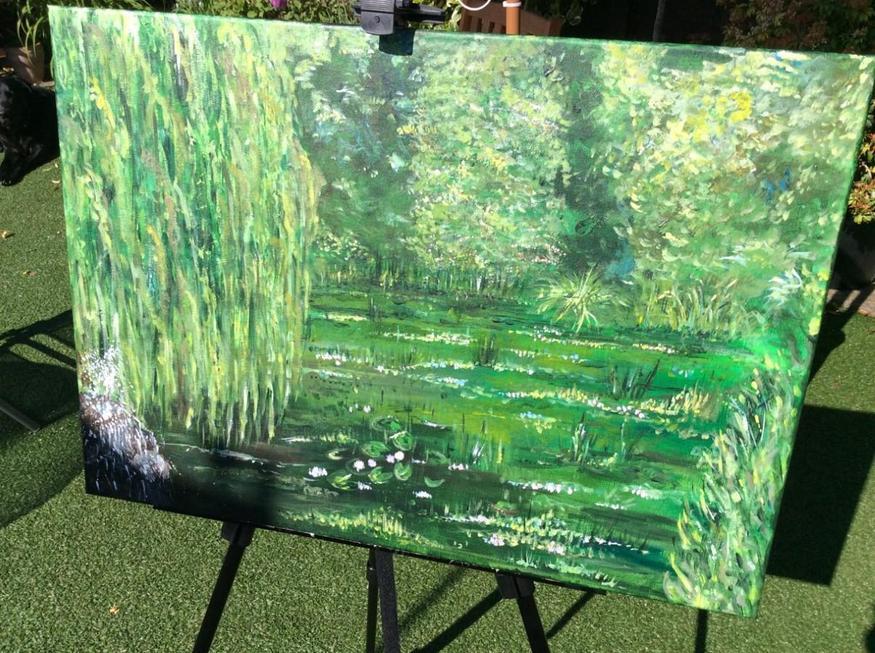 I thought I would share a wonderful painting by Mrs Castle (Early Years Teacher). It is an image of a natural pond near a house in Scotland where Mrs Castle stayed last Summer. Fantastic isn’t it! 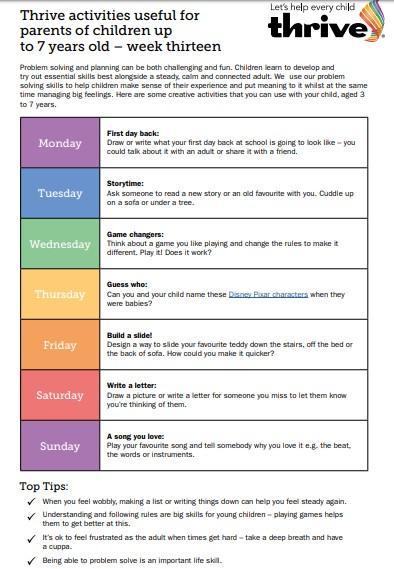 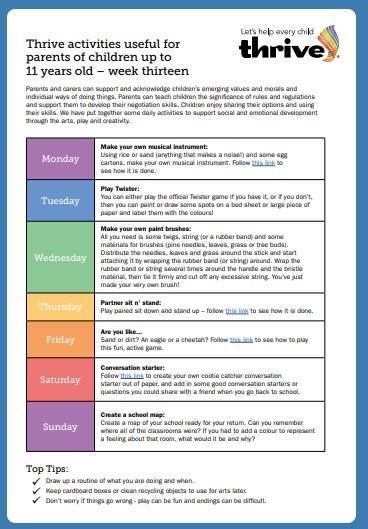